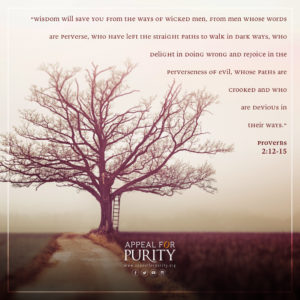 It seems like these days the word “engaged” has a different meaning, have you noticed that?

If a young Christian girl comes to you and says, “I’m now engaged,” she might be saying to you in effect, “I am not a virgin anymore. I start sleeping with my boyfriend who, if God’s will, will soon be my husband. Since that is the case, we are sleeping now.”

You may ask: “Uh! Why do young Christian girls say or do such a thing to their lives? Don’t they know that they are actually destroying their lives? Don’t they know that those guys are actually using them as one of their “sexual outlets” and when they are tired of them, they “toss” them in a “trash can” as if the girls were piece of dirty papers?”

Well, yes, that is true. But as to why these young girls do such a thing to their lives can be said a lot. I personally say this:

Most young Christian girls today, especially those who are born and raised in a Christian home, have no knowledge of the word of God regarding their bodies, sex-before-and-after marriage and other important life issues. All they know is, “Don’t do sex before marriage.” That is all!

“They have no knowledge of the truth and the word of God” means they have absolutely no conviction, – no conviction means, they can’t stand up for anything.

You see, a young Christian girl with conviction would say, “I want to protect myself from this “wildfire” before marriage, so I won’t destroy my life and get divorced before I get married.”

Do you see the depth of her conviction? She is not just saying, “Sex before marriage is a sin.” Rather, she explains what “the activity” is called “before marriage,” it is a wildfire and it destroys her life and her “yet-to-come-marriage.” She has understanding about marriage and all that. So, her statement itself disarms any argument that may come against it. She can also furnish latest study results if “the asker” wants evidence.

When a young Christian girl doesn’t have any conviction in the truth of God, and doesn’t know what she stands for, any guy with “venomous” lips can convince her that Bible is for the uneducated and poor people so the educated and rich people would have the upper hand in life. And he adds, “Bible is the creation of ‘white men’ to keep black people in bondage. Look around! Do you see any black man directing a blockbuster movie these days? Guess why? Because black men are in church, believing what this old book is saying.”

(I wish that was the case and black men would have saved the world!)

Does this young girl listen to him?

Of course! Remember, “faith comes from hearing.” There is nothing in her heart and mind that objects this kind of talk. No sword, no armor of God in her mouth to cut this kind of deceitful talk into pieces.

“For though we live in the world, we do not wage war as the world does. The weapons we fight with are not the weapons of the world. On the contrary, they have divine power to demolish strongholds. We demolish arguments and every pretension that sets itself up against the knowledge of God, and we take captive every thought to make it obedient to Christ.” (2 Corinthians 10:3-5)

A man with poisonous lips can even say to her: “Look at the so called ministers. ‘So and so’ has slept with my sister and two other girls while he was married. That woman you saw in church teaching, she got divorced two times. They are phonies! They don’t even live up to what they preach, they just make money and live luxurious life.”

Will this girl sleep with this guy?

Yes, she will, if she hasn’t already. She thinks that she found the most genuine and sincere man on this earth. And guess what? The guy is 25 years older than her (very common scenario these days). Does she see that?

She says, “I don’t care about age. That is just number. All I care is about L-O-V-E!” She continues, “Love can win over anything. Our love for one another will take us both high above, like eagles, so nothing can hold us down,” she preaches just like one of those televangelists.

Unfortunately, before she and the guy fly up in the air like eagles, you find her in a counseling room saying, “The devil is attacking my life and my marriage!”

And you look at her and say, “The devil? I see no devil here!”

Here is my message for today: Please young ladies, sit at the feet of someone and learn the word of God, means the Book, the Bible. I am not suggesting though to sit and learn from those people who are literally making everything “mystical.” They say to you things like, “I saw someone coming into your life. God told me to tell you that that man is your husband.” Stay away from such people. They know nothing about God and the word of God. They think that what comes out of their mouth is actually the word of God. They are nothing but fortune tellers! While we live in the New Testament time, where “the word was God,” they think that it is still the Old Testament and they want to be the next Elisha or Elijah. Stay away from these kinds of people. They lead you to hell.

Rather, sit and learn under the feet of those who can teach you the pure word of God that has power to save you. Don’t just say, “My mom was a preacher, my dad was a pastor. I grew up listening only Gospel songs.” That won’t do you any good. Rather, run after God by running after His word, the Bible. The Bible is the Book you need to study and get it sealed on your heart. Read those spiritual books which help you deepen your knowledge of the word of God, to go deep into the treasure of the word of God.  (Don’t read those books that only talk about the author’s mystical experiences, how he became rich by believing Mark 11:24 and how the angel protected his luggage from thieves.)

Then, only then will you be able to discern and identify a godly man from a man who from the inside is a wolf but from the outside looks like a lamb because he comes to you in sheep’s cloth.

Yes, “as newborn babes, desire the pure milk of the word, that you may grow thereby,  if indeed you have tasted that the Lord is gracious.” (1 Peter 2:2-3 NKJV)

“For the Lord gives wisdom;
from his mouth [the Bible] come knowledge and understanding.
He holds success in store for the upright,
he is a shield to those whose walk is blameless,
for he guards the course of the just
and protects the way of his faithful ones.

Then you will understand what is right and just
and fair—every good path.
For wisdom will enter your heart,
and knowledge will be pleasant to your soul.
Discretion will protect you,
and understanding will guard you.

Wisdom will save you from the ways of wicked men,
from men whose words are perverse,
who have left the straight paths
to walk in dark ways,
who delight in doing wrong
and rejoice in the perverseness of evil,
whose paths are crooked
and who are devious in their ways.” (Proverbs 2:6-15) ///