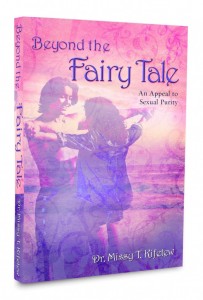 Yes, I meant to write a short note to mentor my daughter in the area of dating and sex. But later I decided to publish it after I found my note to have very valuable information which answers many questions teen girls may have especially in the area of sex; questions I when I was a teenager didn’t have answers for. And the difference of having or not having basic biblical truth about dating and sex is like a difference between day and night or life and death.

I believe one has to be well informed before he/she is given an option to choose between life and death because once a decision is made, in most life circumstances, change can be a farfetched reality. When a choice is made with full awareness of the facts as to what to expect from the choice, the journey will be light and easy because most people tend to choose life when the other choice is death.

The Bible says, “This day I call the heavens and the earth as witnesses against you that I have set before you life and death, blessings and curses. Now choose life, so that you and your children may live and that you may love the Lord your God, listen to his voice, and hold fast to him.” Deuteronomy 30:19-20

Whenever we choose a path which is opposite to the Will and Word of God, we should know that we choose a path which leads to death, death which may come in different forms such as loss of joy and peace, loss of opportunity, end up with good when the best was up for grabs. God has clearly put His will in His Word when it comes to dating and sex.

However, God didn’t communicate that truth with little children but adults; entrusting to adults the responsibility of teaching and mentoring young kids. That means little girls (or boys for that matter) need someone to tell them early on what it means to choose life over death.

My motto on mentoring my kids in this area is this: “I want to be the first one to tell them all about dating and sex before anybody does.”

To be the first means before TV, their friends, books, school, Internet and everybody else. Though dating and sex are the topics most parents shy away from, everybody knows that they are critically important topics.

So, Beyond the Fairy Tale book can be an excellent tool for parents as well as church children’s ministry leaders to start up a discussing with young girls about sex and dating. ///