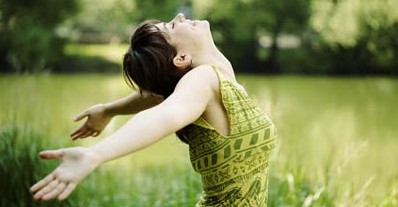 CG-STAT stands for Chosen Girls for Such a Time As This. As the name implies, the phrase came from the Book of Esther chapter four verse fourteen.

As one of the projects of Appeal for Purity ministry, CG-STAT is a program to train up young girls as young as ten and as old as eighteen years old in the area of sexual purity (age limit should be considered as parents see it fit to their own unique daughter.)

CG-STAT has its own book to teach young girls step by step what sexual purity is all about according to the Word of God. The book will soon be on the market on January of 2015. The book also has Leader’s Guide and Parent’s Guide which both will be ready for download by the time the book comes out on the market.

The main goal and purpose of CG-STAT program is to inform young girls, according to the Bible, who they are in Christ, what sex is all about, what the heart and purpose of God are behind sex, the value or relevance of virginity, what it means to be sexually pure or impure, the joy and reward of a sexually pure life; the joy, pleasure and peace of sex that is found in a marriage, the sexual pleasure God puts aside for those who choose to have sex in God’s way; why God wants us to be sexually pure, the beauty of being a wife and later become a mother, and what the long term consequences of our choices and the forgiveness of God.

CG-STAT program helps young girls to be equipped with considerable amount of basic biblical knowledge around the topic of sex so that they will know which road or path to follow after when they come to a fork in the road. Once they have both sides of the story, biblical and worldly meaning of sex, they will be in good position to make an informed decision, a decision which may spare their lives and others.

Most often than not young girls become victims of sexual violence because they have little or no information about sex or how boys (men) are sexually, differently and uniquely wired from girls (women). When a girl as young as 15 comes to seek help for emotional breakdown, we ask what led her to this situation and most of the time we find that she didn’t have any formal preparation and knowledge about sex or nobody told her the truth about sex. And after two or three counseling sessions, most of them say “I wish I heard this before I turned 13. My history would have been completely different.”

Some parents don’t know how to communicate with their daughters regarding sex. They feel very uncomfortable how to say or where to start and when. That is a big challenge for most parents.

Some parents know they want to tell their kids about sex but they sometimes feel guilty of not doing it right themselves when they were teenagers. So, they shuffle it off at the back of the burner, which boomerangs to them with detrimental consequence in the lives of their daughters.

Therefore, CG-STAT program is not only teaching young girls about sex but it also closes the gap between the parents and their daughters as the Parent’s Guide opens a door for parents to discuss with their daughters about sex, marriage and family.

CG-STAT can be given with in a period of six weeks, (two days a week class); or in period of eight weeks, (one class a week).

We highly recommend that CG-STAT program be launched in a group of six to eight girls (can have more than one group, with each group having one leader but each group should have a maximum of eight girls so that one leader can give enough attention to all of them).

Young girls can also pick the book and read it to themselves but group environment makes the message of CG-STAT practical and life changing. How? Well, peer pressure has a number one impact in influencing the life of a teenager. We usually hear peer pressure being mentioned with negative connotations but with the CG-STAT program, we actually use the power of “peer pressure” to encourage and motivate the girls to learn and apply the principles of sexual purity in a group environment. When one girl stands and speaks about what she gets out of the previous class and how she applies the information in her life, the other girls get motivated and encouraged to do the same. The friendship that may come out of the program may also last in the girl’s life as they pursue a life that is honorable to God and themselves.

We also highly encourage the CG-STAT program to be given in the church environment so that it won’t lose its spiritual and biblical validity. One woman leader for one group will be excellent with one helper (woman) to facilitate the class as she sends out emails and make phone calls to communicate with parents.

The Leader’s Guide of CG-STAT program encourages leaders to make the program as much fun as possible without missing the goal and purpose of the program. Young teen girls learn more in a fun environment than in the most restrictive and authoritative environment.

Fun environment will attract the girls to capture the principles of sexual purity and make it practical. It will be “seared” in their “permanent and fun to remember” memory banks. If they remember the information, they have a high tendency they choose to follow it through or come back to it.