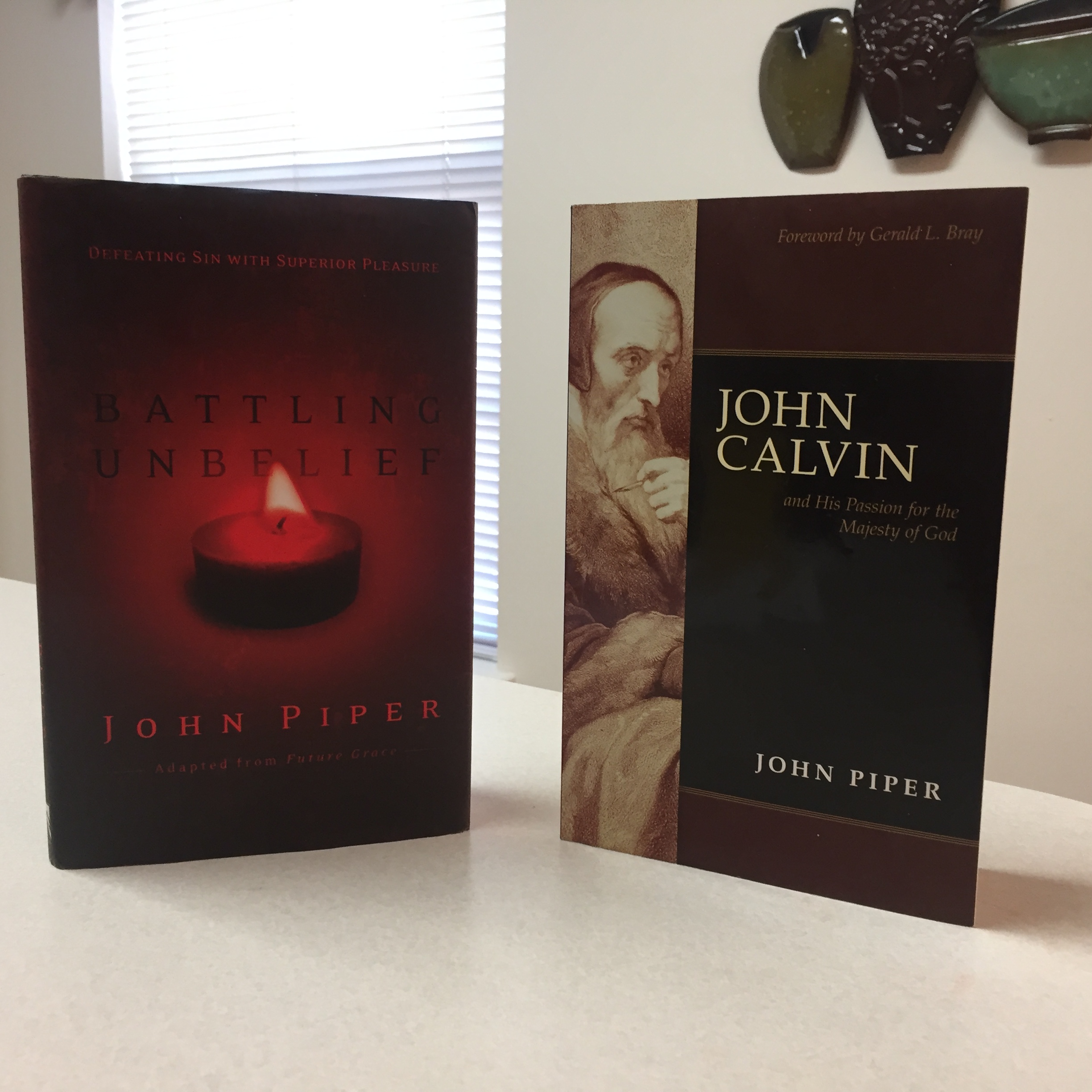 I read these two books, “Battling Unbelief” and “John Calvin” both written by John Piper, this week and I can’t tell you how the Spirit of God ministered to my soul.

In “Battling Unbelief,” Piper shows how unbelief in the promises of God is the root cause of many of our problems such as anger, frustration, fear, despondency and all kinds of besetting sins such as jealousy and lust that mar our personal life testimonies. He writes:

“belief in Jesus means coming to Jesus for the satisfaction of all that God is for us in him. And unbelief is a turning away from Jesus in order to seek satisfaction in other things.” (P. 39)

He doesn’t stop there, but Piper shows to his readers how to battle unbelief. He gives practical and biblical advice. Make sure you read this book.

And in the second book, “John Calvin and His passion for the Majesty of God,” John Piper tells of stories of Calvin that you might have never heard before. They are just heartwarming stories. Here are some of the contents of Calvin’s letters he wrote to his friend, Viret: (This is his letter after he lost his first son):

“The Lord has certainly inflicted a severe and bitter wound in the death of our baby son. But He is Himself a Father and knows best what is good for his children.” (p. 36).

And he wrote to his friend after he lost his wife, the one he loved:

“You know well how tender, or rather soft, my mind is. Had not a powerful self-control been given to me, I could not have borne up so long. And truly, mine is no common source of grief. I have been bereaved of the best companion of my life, of one who, had it been so ordained, would have willingly shared not only my poverty but even my death. During her life she was the faithful helper of my ministry. From her I never experienced the slightest hindrance. She was never troublesome to me throughout the whole course of her illness,” (p. 37)

Do you sense the pain, the grief he endured but at the same time the conviction he had in the majesty and sovereignty of God? Just amazing!

Calvin was originally from France but because of persecution he fled to Geneva, Switzerland. During that time, in “every city in Europe, men kept mistresses.” (p. 42) And Calvin stood against that and prohibited those men who kept mistresses other than their wives to come to the Lord’s Table. And the price he paid? Just mind-boggling. By the way, this particular book is very short. You can finish it in one sitting. Promise! ///

P. S. I bought both of these books from Amazon.