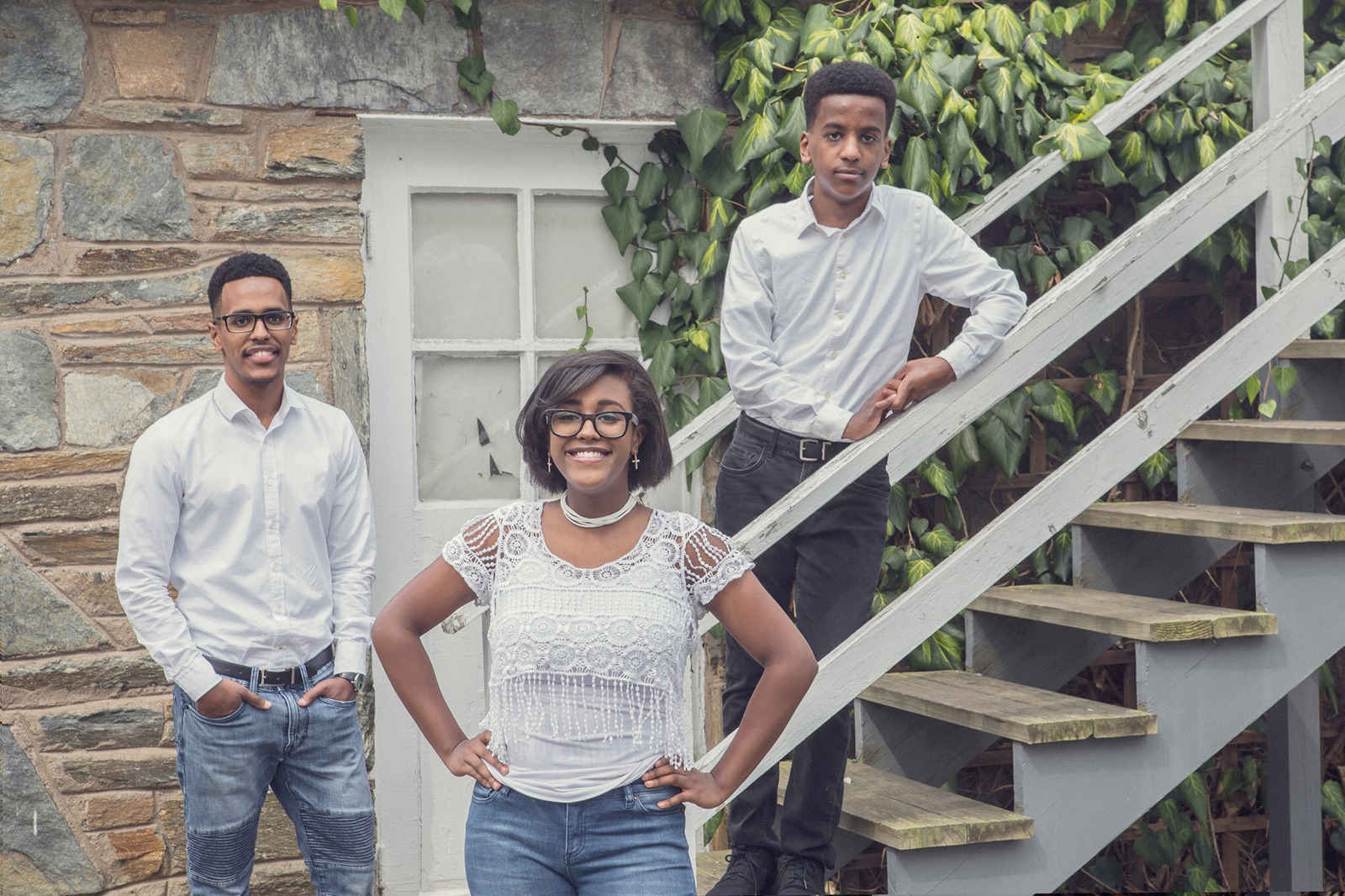 If you haven’t met our kids yet, here they are.  The man at the back is Abel (18), the pretty girl you see at the front is Lydia (16) and the young man you see on the stairs, the one who looks tired of taking pictures, is Biruk (14).

Let me tell you two recent stories to introduce you to our kids.

The other day, Abel and Lydia were getting ready to go to their weekly Bible study. Abel was ready and was waiting for Lydia at the door. Then my princess came downstairs wearing a short skirt that grew out of.

I was in the kitchen, preparing dinner. Then Abel said, “Lydia, I think your skirt is a bit too short.”

“Too short? What’s wrong with you? Look,” turning around, she tried to convince him. “And, none of my Christian friends think that this skirt is too short.”

Abel calmly said, “Because all of your friends are girls. We men don’t look at that short skirt in the same way you girls do.”

And I said from the kitchen, “Abel is right! Men look at that short skirt and think – – -”

I didn’t even finish my sentence, when she said, “Because men are sick! They literally are!” and run upstairs to change her clothes.

I mumbled, “You can say that again!”

My little one, the one you see on the stairs, Biruk, is a rising high schooler. He wanted to go to the same high school his older siblings are going. There is an entrance exam to get into the program and he passed the exam. I heard the result before I picked him up from school. So, when I picked him up, I told him the news and said, “Now, everybody in that high school will know you as “Abel’s brother.””

So, men may look crazy, sick and prideful for us women but they are not. They are just different from us, and that is the one major reason we girls like them. Don’t you think so? ///

P. S. Today is April Fool’s Day! I’ve already been fooled early in the morning. By who? Abel! I’m so ready to fool him back real good!