First thing first: Thank you all for the beautiful birthday wishes! I seriously sat down and read all of them. Thank you so much my friends! I really appreciate each and everyone of you! God bless you!

Well, I’m packing now for my trip to Minnesota tomorrow at 4am and I thought it will be nice to say "Bye" to all of you, my Facebook fans.

And, don’t forget to invite your friends who live in St. Paul, Minnesota or closer to come over there and worship God with us. I pray and hope God will give us a wonderful time!

If you especially know married couples who live there, please tell them to attend the Saturday program which is going to be one of a kind! I’m telling you! I know I’m ministering at the service but you know what excite me a lot? Well, before dinner, all married couples will take their wedding ring and renew their marriage vows and the ceremony of putting ring on their spouse’s finger and exchanging gifts will follow.

Believe me in this! I will bring all the beautiful culture I’m seeing there and "copy and paste" it in DC for our Valentine’s Party. So, get ready if you are going to be around here during that time.

I’m telling you, I’m more than excited! What is there to be excited about in this dark world than to see marriages thrive! For me, NOTHING ELSE!

So, please invite yourself or your friends to come over there!

Some of you dropped me some questions about the whereabouts of the hotel or the church, but believe me in this, your guesses are as good as mine, lol. This is my very first trip to Minnesota. So, please look at the address on Google maps or on your GPS (make sure you get the correct address from the flyer first).

And some of you told me that you already invited your friends to come over. Please tell them to meet me at the end of the program, on Saturday or Sunday and tell me who send them over there so that I will send you a "Thank you" note!

You guys are just amazing! Thank you! If God’s will, I will see you all, of course on Facebook, lol, on Tuesday. Till then and until Jesus comes, stay in Christ! 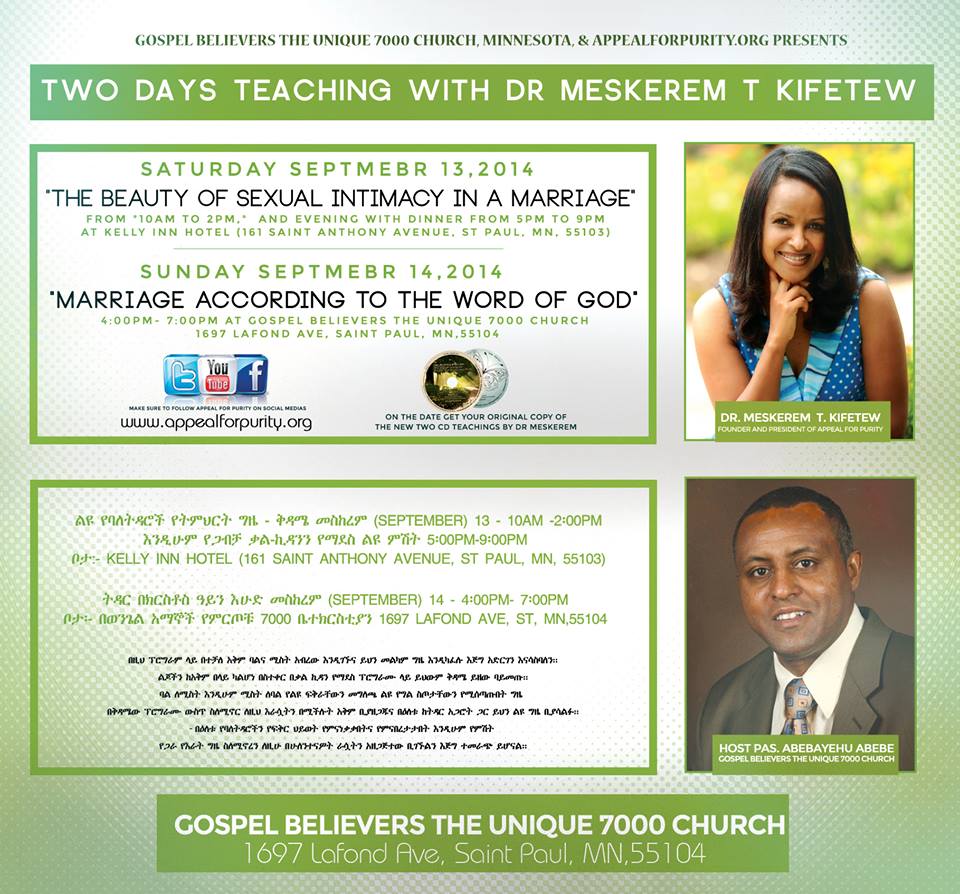 A4P Guest: “I read some of your articles and read what you’ve been writing about men and I have a question about that. So, as a single man, I know that women have menstrual cramp during their period cycle but how that pain feels and how they process it from the inside, I don’t know. I don’t know because I’m not a woman but a man. On one of your recent blogs, titled "Issue of Kissing," you said this: “When a man looks at his wife’s naked body, he thinks – – -”. So, my question for you is this: While you are a woman, how can you know what a man thinks? ”

A4P: I live in a neighborhood where I see deer as often as I see human beings. I know that is a little funny but hey we love to see them.

Like 20+ years ago, I began to think a lot about the deer in our neighborhood because they seem to be very “foolish” when it comes to staying away from trouble or I will say, staying away from the highway. As if they were cars, they tend to jump in the middle of a busy highway and die.

I love animal and I love these precious creatures of God but I hate to see them dying left and right. Then I began to read and learn a lot about them. I learned that these precious animals don’t just die every day and around the clock; even if that was what it felt like for me. Rather, they die during the fall season. Yes, this is the season for most of them to depart from this life.

So, if I write on my blog saying, “If you see a deer during October, make sure you drive slowly because the deer won’t see you. The only thing it sees is a female deer and the only thing it thinks about is sex,” will I be questioned how I happened to know that while I was a human being not a deer?

You see, if you are sitting there and trying to know about only men, you will soon face danger when you start dealing with your woman.

Yes, it is good for you to know about women. You don’t have to be a woman for you to know about them. Read about how their brain works, process and interpret information. Know about women’s sexual nature; how they think about sex so that you know how to handle your woman. Otherwise you may try to attract your wife sexually by being naked because that is one of the ways you get sexually attracted. And if you try to attract your wife that way, you will fail terribly.

BTW, are you interested to know what your future wife may think when she sees you naked? In case you are interested, let me tell you.

This is what she thinks: “When am I going to finish doing the laundry I’ve started in the morning?” or she most probably thinks like this: “Thank You, LORD, for creating clothes for my husband to wear them every day.”

For you to know this about your woman, you don’t need to be a woman. All you need to be is a person who is willing to learn and live according to the right information you have about you and others for the good of you and others (in this case, your wife). And at the end, make sure you share with others the information which changed your life and marriage for better. ///