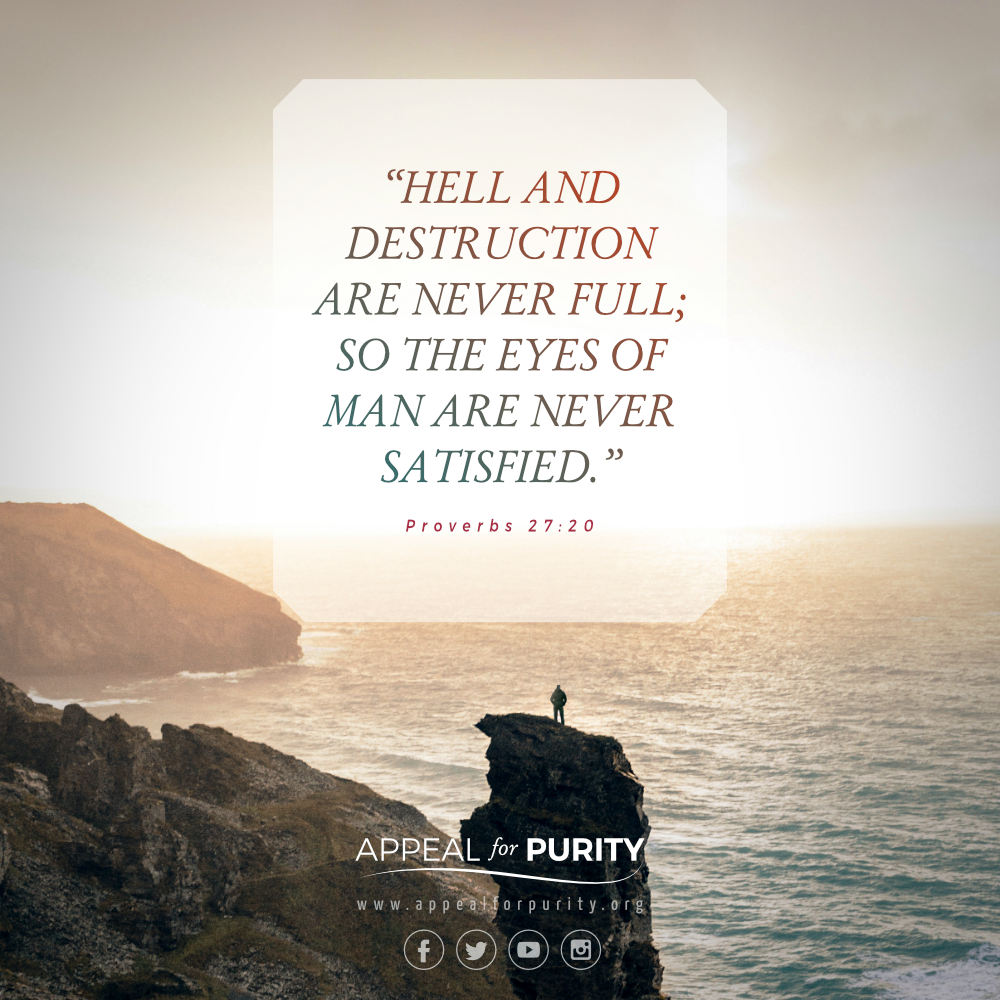 The Bible says, “For everything in the world—the lust of the flesh, the lust of the eyes, and the pride of life—comes not from the Father but from the world.” (1 John 2:16)
“the lust of the eyes” – is where porn and entertainment industries are primarily capitalizing their profit on.
And their offer to a Christian young man is simple: Just take a quick look at this!
And the rest is history.
So, the battle is targeting his soul so his eyes will wonder around and watch without any limit and restraint.
But as “Hell and destruction are never full; so the eyes of man are never satisfied.” (Proverbs 27:20)
If his eyes are never satisfied by what he watches, why is he still watching? If there is no satisfaction and contentment in what he watches, but only despair, hopelessness, helplessness and depression, why is he still watching?
Is this a million dollar question?
Nah! It is not! “He that is slow to anger is better than the mighty; he that ruleth his spirit than he that taketh a city.” (Proverbs 16:30)
A man who rules his spirit rules his eyes and his eyes don’t wonder and don’t watch what they are not supposed to watch. ///