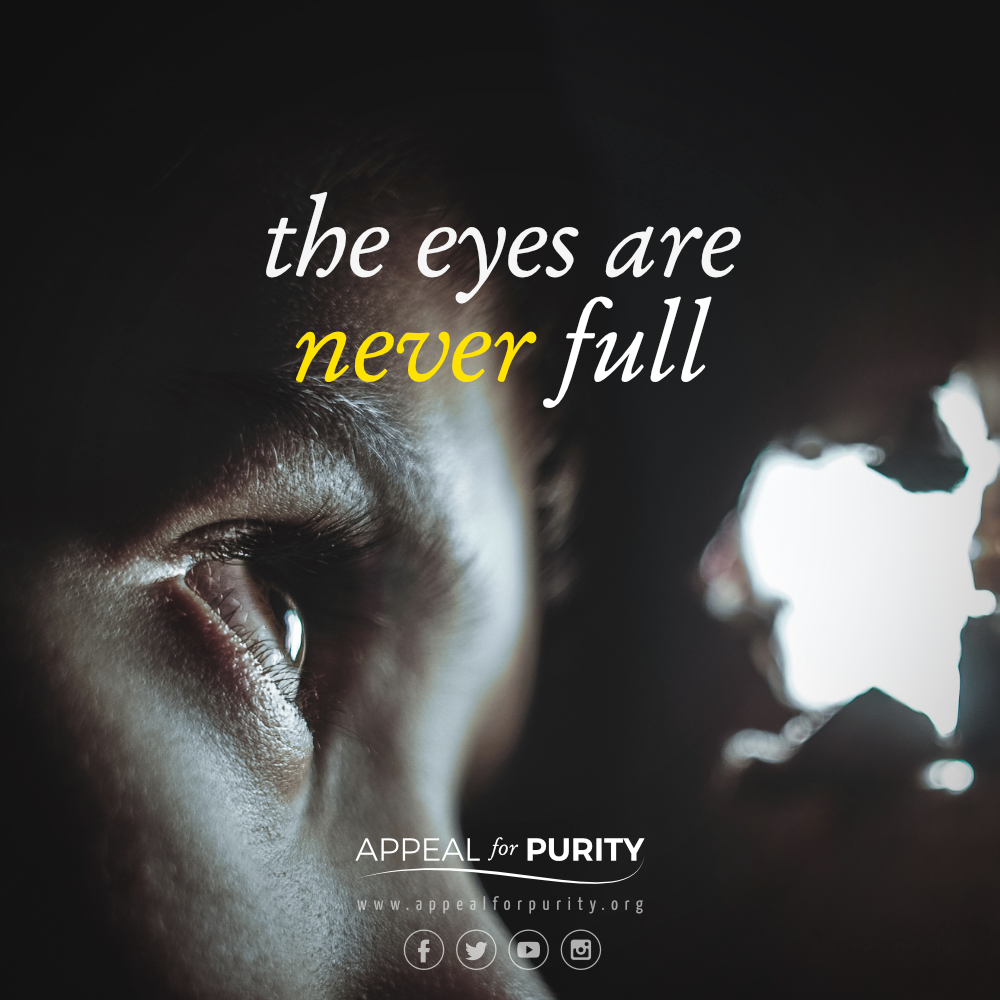 Have you ever wondered about your pair of eyes?
I have, many times.
The Bible says,
“Death and Destruction are never satisfied,
and neither are human eyes.” (Proverbs 27:20)
Notice here something.
The word of God puts human eyes with death and destruction because they have one basic similarity.
Death and Destruction never says, “We’re full! No more!”
Never!
In the same way, human eyes never say, “We’re full and satisfied now!”
Never!
On this side of heaven, there is nothing we can do about death and destruction but there is one thing a human being can do to force his pair of eyes to stop looking at something evil and destructive. Listen:
“Better a patient person than a warrior,
one with self-control than one who takes a city.”
(Proverbs 16:32)
Yeap! This man has full control over his eyes because he mastered the spirit of self-control (2 Timothy 1:7). So, he tells his eyes to stop looking even if his eyes won’t stop craving for one last look.