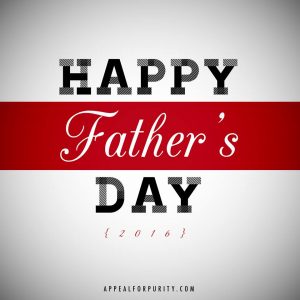 When our daughter was a little girl, around three or four years old, the most exciting day for her was anytime I braided her hair differently than usual. She would look at herself in the mirror, and while admiring her beauty, ask: “Do you think my dad will recognize me?” I always responded, “I doubt it.”

One day, she waited for her dad as if it was nobody’s business. Every now and then, she looked out of the window to see if her dad had come back from work. So, as usual, I called my husband and gave him some heads up. A few minutes later, he arrived at home and asked, “Who is this cute girl here? And where is my daughter? ”

Oh, my! She danced, jumped up and down, fell on the floor, laughed hysterically and said, “My gosh! Mom, can you believe that! My dad didn’t recognize me!”

So, he picked her up and said, “Is this cute girl my daughter? I can’t believe this! Are you really my daughter?”

Smiling and staring at her dad’s eyes, she nodded, as if to say, “Yep! The beautiful girl you are looking at is indeed your daughter!”

Wow! Her face was radiating with joy and gladness. She looked content with life as she heard those words of affirmation from the one man she adores and loves.

Our oldest son, when he was around three, ­ said to his dad, “Don’t kiss my mom on her lips.” It was kind of an order rather than a suggestion. The funny part is, my husband actually got ticked off. He said to him, “Dude, this woman is mine!” I was like, “Hey, this is a little boy; just say, okay I won’t kiss your mom.”

My husband turned to me and said, “Are you serious? The boy has to learn this fact early on.”

From that day on until he became a little older than six, our son used to hold my mouth whenever my husband tried to kiss me. He would say to him, “You can kiss my hand, not my mom’s lips.”

Why? For boys, they see their father as a competitor to win the heart and attention of the one woman they treasure the most, their mother.

Other than wanting to make their mother as their own, boys also want to take their father down physically. Yes, our boys used to jump on their father when he came home and asked him, “You can’t take us both, can you?” I mean, he could have thrown both of them out the window with his pinkie, but he would just give in to their kicks and pushes and fall on the floor to make their day.

And whenever he touched the floor, they called out to me to show me how they had slain the giant. I mean, I am the one they want to impress; so, I give each one of them a strong fist bump. That was like their accomplishment for the day.

Well, today, that is a different story. My poor husband doesn’t take any of their “Do you want a piece of me” invitations lightly. He takes them at their word and engages them in a fight (there is still arm wrestling in our home).

The funny part for me personally is the part when the boys kick their dad away from his wife, fighting to win their mama’s attention. I know I love that fight and to tell you the truth, I enjoy seeing three boys fighting for me. I mean, duh, I am a woman! I love that!

Our older son, now being seventeen and half, has given up on winning his mama’s attention and gave way to the rightful man, knowing that his girl is out there somewhere and it is up to him to go out, look for her, find her, and impress her more than the other men so that he will make her his own.

But for our little one, who is now thirteen, it is still a struggle to let his father enjoy the freedom of winning his wife’s attention without any competitor. He is not giving up!

The other day, I was not feeling okay, and I was in bed. At the end of the day, after everyone came home from school and my husband from work, my youngest son asked me if I wanted to eat something. I said, “No, I’m okay.” So, he left. Then my husband came and asked me the same question and I replied, “Sure, I want to eat something.”

I totally forgot that my son have asked me that same question few minutes ago. My son, hearing what I’ve said to my husband, came to me and said, “I asked you that and you said you’re okay.” Pushing his dad away, he said, “I will get you something, mom. What do you want?”

I winked at my husband and said, “Okay, can you get me rice with some sauce in a small bowl?” He answered, “Sure mom!”

It took him a while before I heard his footsteps and right when I was beginning to wonder if he would make it, he opened my bedroom door, and the young man came in with a black blazer, a small towel hanging on his left arm, holding the plate in his left hand. When he opened the door with his right hand and a big smile on his face, he looked like one of those professional five star hotel room servers. I got up and said, “Oh, my! Thank you so much sir!”

He said, “No problem, ma’am! Is there anything else I can get you tonight?”

He stood there until I took a bit as if he made the dish and wanted to hear my “Wow!”(I mean I made that dish; but I can’t say that now. This is a very serious moment for this young man who is trying to impress a girl; or I will say, who is in training to know how to impress his girl better than any other man).

So, I said, “This must not be on the menu because I didn’t see this dish listed.”

He laughingly said, “Yes, it is off the menu and its name is – – -” He named it on the spot! A very funny name but I forgot.

I said, “That is a beautiful name, but I may not remember it when I come next time. Would you please remember to bring me this dish every time I come to this hotel?”

“I sure will!” He said and jumped on my bed as if to say, “Mission accomplished! The girl is impressed! The other man lost; I won!”

My husband already left “the impress-the-girl boxing ring” to let the young man win the game all by himself, knowing that he impressed his own girl for life and no one could take that victory from him.

When I finished eating, my son took the plate from my hand and off he went.

Lying down on my back, staring at the ceiling, I thought how sacred it is to be a father! Wow! What a call!

I, his wife, want my husband to love, treasure, and cherish me so that I will do a good job with my role as a wife and a mother, my daughter wants him to tell her that she knocks him off his feet every time she passes him by so that she won’t look for that affirmation in all the wrong places, and the boys want to know if their father believes in them, that they have what it takes to be a man so that they won’t lose confidence when the time comes for them to be in the ring.

Sure, the presence of a father is not a 100% guarantee that the future of his kids’ life will be bright, shiny and smooth. After everything is said and done, those kids will grow up, become adults and have to choose which way to go in life for them to own it all. But if all fathers fight for the life of their kids as if the fate of their kids’ future is on their shoulders, they will definitely salvage a society and a generation at large.

If you are a father reading this, I want you to know this: You are not only important to your children but also to all of us. You are the one that the devil wants to put down to get us all – women and children. So, would you continue fighting for us? Thank you!