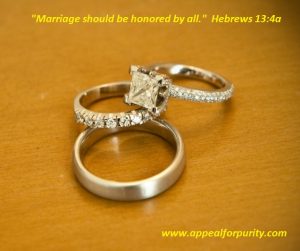 With a female voice, “Hi Berhan, I just call to say hi and to wish you a happy Easter” was a voice message I found on my answering machine right after I celebrated my first year wedding anniversary. (This was in 1998 – no smartphone, no Facebook, no social media, no nothing.)
Mind you, at that time, I was a “baby” in Christ and didn’t have all those “According to Ephesians chapter blah, blah” in my memory bank to say it to myself to calm my spirit down. Talk about being upset, I was furious. I didn’t care if she was his co-worker, or a long time best friend, or ex-girlfriend, a neighbor or all of the above. I felt like my marriage was being violated big time by a “rude” woman! I kept on asking, “Who is this woman to wish to my husband a happy Easter ignoring me his wife? And, how come she didn’t say, “Hi, I just called to say hi and to wish you guys a happy Easter?””
If I am not mistaken, at that very moment, I think smoke or something was coming out of my ears. Seriously, I was very upset.
Well, my husband was at work. So, I called him and learned a little bit about her, and I said to myself, “She should know better.”
And, listen to this: To make the story even worse, the same lady called back again, and at that time, my Berhan was sitting next to me. I answered the phone and she said, “May I speak to Berhan?”
“May I ask who’s calling?” I asked.
She replied, “This is XYZ (her name) and I just want to wish him a happy Easter.” Just imagine me. I said, “Berhan can’t speak to you right now; but I will pass on your message” and didn’t even wait for her to reply, I hanged up the phone on her as quickly as I could and that was the last day I’ve heard from her.
Did she have an ill-intent to call and leave that kind of message? I have no way of knowing that and the only thing I still remember vividly is her message came out wrong and rude for me at that moment. For all I know, that might be her way of expressing her nice gesture to my husband and she might next try to approach me. Oh, well, I would have handled it in a little matured way if it was today. And to be honest, I sometimes think about her and feel very bad that I hanged up on her. I guess I was immature (duh, I still have some immaturity flowing in my vein but at least I’m better today than 18 years ago) but I still believe that her message can rub any newly married bride the wrong way.
Why am I sharing this story with you guys today? Well, as usual, to raise awareness.
If somebody is married, she/he is no more one but two. What does it mean?
Well, let me give you one example. Let’s say you are a single woman who has lots of male friends. When your male friends get married, you can continue to be their friend ONLY if you are successful in making their wives your best friends. Otherwise, just stop reaching out to the men in the name of “we are best friends.” They are not your friends anymore unless you are welcomed by their wives. (This also works the other way)
Some single girls say to me, “But he calls and texts me all the time and I think I need to reply to him; I mean we are best friends. There is nothing between us. And honestly, I tried to talk to his wife many times but she doesn’t seem to want to talk to me.”
Well, if his wife doesn’t want to talk to you, chances are, she may in a way trying to tell you to stay away from her man. So, the best and wise thing for you to do is to stay away from her man.
And sure, the husband has to communicate the issue with you clearly, saying that his wife doesn’t appreciate his friendship with you but if he doesn’t for whatever reason, you are called to honor his marriage and stay away from him because the Bible says, “Marriage should be honored by all” (Hebrews 13:4a) – “by all” includes you and I.
A friendship that separates a married couple into two may end up being a reason for that marriage to have struggle in the area of trust and may even be a reason to end a beautiful marriage.
So, always remember this: “Marriage should be honored by all.” ///
P. S. The above kind of story can present itself in many different ways. This is just one simple example to create awareness. With all the social media, smart phones and messaging apps today, things of this nature can get out of control and disrupt marriages. So, care has to be taken all the time.