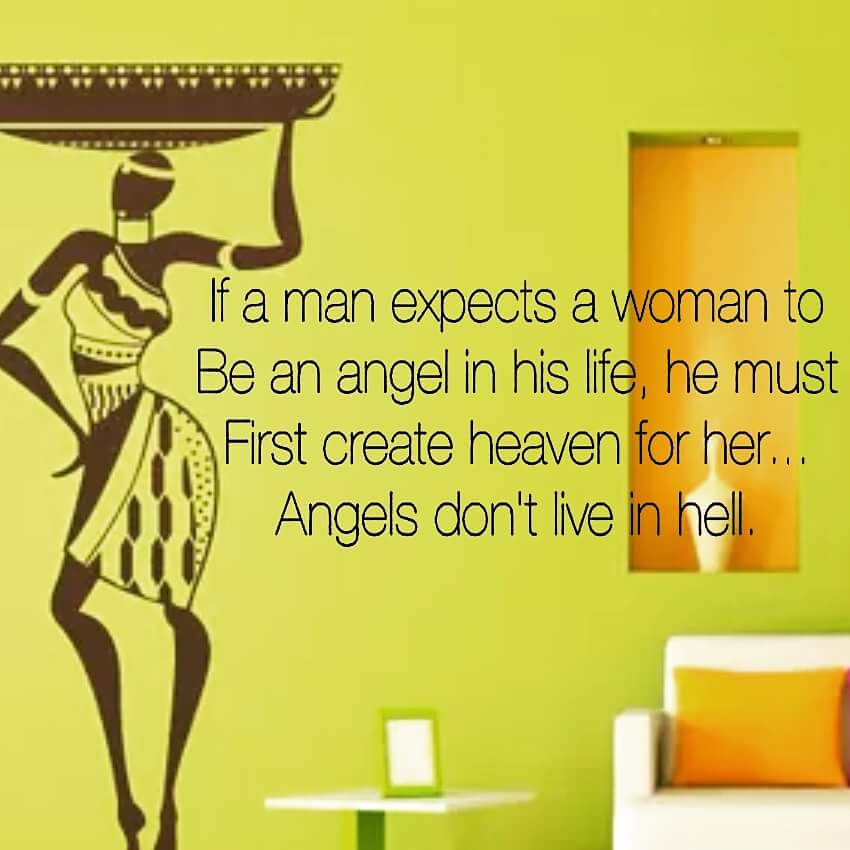 The truth goes both ways though:

If a man is looking for a woman who is an angel, he has to be
“heaven” since angels don’t live in hell.

If a woman is looking for a man who is an angel, she has to be “heaven” since angles don’t live in hell. ///

P. S. A4P celebrates its three-year anniversary tomorrow, Monday, October 31, 2016; and as part of the celebration, we had been re-posting some of the earlier posts for the month of October for people who joined us recently so that they will get a chance to read them. The above post is from 2015 and this post is going to be our last re-post until October 2017.