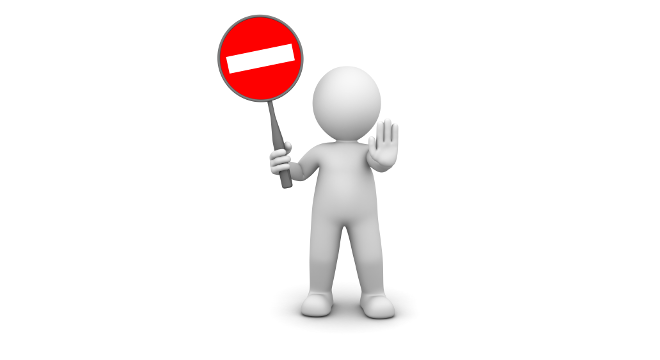 When we read Deuteronomy chapter 22, we read commands what to do with the unmarried couple who had sex before marriage.

Simply put, it says, take them out and stone them to death.

Sure, we can live ignoring the Word of God. We can say “None of our business” and move on with our lives and do our own “Christian” things such as listening to Gospel songs everywhere we go, hang out with people with similar moral value, call the name of Jesus at every exciting news we hear, go to church whenever the door opens, give money to church and to the poor, get involved in this and that ministry and do our own things according to our own “code of conduct” and attend all church seminars and conferences.

All those things won’t change a thing to the Word of God. Whether we agree with it or not, the Word of God remains as it is. Our agreement or “vote” is not needed for the Word of God to continue existing. It was, it is and it will be! It will never pass away. It remains forever.

Jesus said this so that people won’t think that way:

Wow, he said it straightforward, didn’t He?

You see, the law was seeking to find those people who had sex before marriage so that they would be stoned to death. The law was looking around to see if anybody was involved in fornication and adultery so that it would seek their death sentence.

How can Jesus see sin differently than the God who gave the law to Moses? He can’t!

God forbid for anyone of us to see Jesus as a different Being from God the Father. Precious, Jesus is God. He is One of the Three Persons of God.

Sex before marriage or outside the marital covenant was sin which deserves death in the Old Testament as well as in the New Testament.

This is the only difference. Please don’t miss this:

The law says, put to death anyone who has sex outside marriage.
Jesus says, “Anyone who looks at the woman lustfully commits adultery.”

When we come to Him with our premarital sex issues, He forgives us of our sin so that we lead a sexually pure life. However just because Jesus forgives our sin doesn’t mean that he promotes sin.

Listen what Paul said, “But if, in seeking to be justified in Christ, we Jews (Christians in our case) find ourselves also among the sinners; doesn’t that mean that Christ promotes sin? Absolutely not! If I rebuild what I destroyed, then I really would be a lawbreaker.” Galatians 2:17-18

Because two unmarried people decide to live together and do sex outside marriage regardless of what the Word of God says, doesn’t mean that Jesus tolerates sin. Oh, Beloved, it is sin which nailed Him on the Cross. How can He see sin lightly? He won’t!

If we love life, we have to hate our sin now and bring it to Him now otherwise death takes over our life (because even in 2014, the wages of sin is death, Romans 6:23). Death can be manifested as depression, fear, disease, bareness, deformities, spiritual nakedness, inferior or superior complex, loss of favor before man and God, sadness, death of our “seed” (be it a child or our effort), and the list goes on and one.

So, my friend, again, the best way to deal with our sin, sex before or outside marriage, is to bring it to the LORD. Turn 180 degree and go in the opposite direction. How? For example, by making a fence around the sex; that fence is called marriage. Sex outside marriage, “It is a fire that burns to Destruction; it would have uprooted my (our) harvest.” Job 31:12 ///