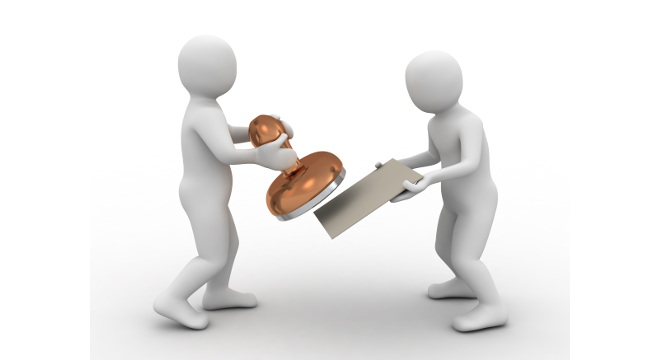 This weekend, we brought my sister’s three kids over to our house so that they would have time with their cousins and my sister and her hubby would have a romantic weekend.

You may think that my husband and I are very nice to do that but my sister and her loving husband do that same kindness to us too until recently.

Well, we can now leave our kids home and go out to have romantic nights. And these days, our two teenagers are kind of independent with lots of their own activities and they don’t seem to be that much interested on “play time” with kids, excuse me, no more babies; (and the oldest child of my sister is one year older than our youngest son. So, go figure!).

I know kids grow up very fast. It seems as though it was yesterday that I carried them on my hands. Wow, time flies! Now I wonder if I remember what to do with a little baby.

Those of you out there who are raising little kids and thinking when your kids are going to grow up and become independent, let me tell you something: Just enjoy them today! I know I was told like that too but I didn’t enjoy those days as much as I was supposed to and I can’t tell you how I regret.

I mean, I guess I wasted sometimes thinking when they were going to start to go to the bathroom by themselves. I wish I enjoyed every diaper change “session” as an amazing blessing from God! Well, I know I shouldn’t be too hard on myself since I’m a human being too and truth to be told, I enjoyed so many memorable and funny days and nights with my little “angels”.

Now they start saying, “Mom, unless you explain yourself, I can’t understand.” Yeap, they are becoming “little adults”.

Our oldest son was only seven when he said to me, “Mom, please knock my bedroom door before you enter”.

Can you just imagine me? I was frozen and stunned for few seconds and I gulped and said, “What?” with an inquisitive voice, trying to understand what I heard. He said, “Knock my bedroom door. Don’t just open it without knocking first.”

I taught them privacy. They won’t open our bedroom door without knocking. And well, he was putting all those “teachings and trainings” in to practice too quickly and caught me off guard.

Wow, this was not what I was set out to write.

Okay, let me go back to what I stared. Well, so, last Friday night, I brought my two nephews and my beautiful niece to our house. And Saturday, we went to our youngest son’s soccer game (and please don’t ask me about the score). I was sitting on the grass and two of my nephews sat next to me and we chatted a little and the youngest one got up and left us to go to the other side of the field. The oldest one stayed with me.

Then I was sitting with this young man (he is twelve) and all of a sudden I shouted to myself, “What are you doing? Seize the moment and change it to eternity!”

He said, “Yeap”, with a proud look, looking at the soccer game.

I said, “So, is there any special girl in your class or school?”

I know he is not going to tell me just like that but I have to speak his language before I “inject” my message; otherwise he tunes me out.

He gave me such a mischievous smile and said, “No, no girl yet.”

“Oh, really? So what age did mommy said you guys can start dating a girl?” I asked as if I had no clue about his mom’s rule. Dah! I know, 18!

He said, “I think she said something like 18 but I don’t like that kind of stuff, you know.”

I said to myself, “Yeah right! And you want me to believe that” and wanted to know about what that “stuff” meant.

But remember, if I ask such kind of question, like, “What stuff”, it will “high jack” the rest of the conversation as he loses interest to tell me anything I want to hear. So, I ignored that and I said, smiling and trying to make my point with a firm voice, “I know, this sex thing is dangerous before marriage, isn’t it?”

As if to say, “Tell me what you know about sex;” saying the word “sex” as one of the normal words we use in our day to day conversations.

You see talking about sex frequently with our kids is very crucial as long as we make our points short and to the point, making sure that we pass on the message of what honorable and pure sex is. (Remember, the world convinces us all with its crooked and evil messages because it is consistently “hammering” its message on our face 24/7, injecting its moral values in the news, movies, books and what have you.)

My sister and I always talk about our kids. But we both interview them whenever we see them without their parents so that they will know that everything they hear in their house is the information they get from someone else too; so that our kids know that sexual purity is more of the norm than sexual immorality; so that they will know sex after marriage is the norm but sex before marriage is the most “abnormal” stuff only people with little understanding of God do (as the Bible says throughout Proverbs 5-9).

You see, raising kids should be done by group of “like-minded” people so that “we drive the stake into the ground too deep”, if you know what I mean.

So, I repeated myself to him saying, “Sex before marriage is just nasty and dangerous.”

And he turned to me, pulling some grass from the ground, looking at me as if to tell me something which caught all his mind and heart, “Yeah, because God said “it is good” for the sex that is in the marriage.”

There, you have it! That is one full sermon by itself! Sex in the marriage God said “It is good”!

My light bulb got turned on!

Read the Book of Genesis chapter one. Starting from the second day of creation, God said, “it was good” five times at the end of each day’s creation. Then after he finished everything, preparing it all in the way which was perfect for Him to create man, He made man in His own image; and He made them man and woman. Then He blessed them!

The first blessing He poured out on them was, “Be fruitful and increase in number” (Genesis 1:28).

Beloved, God didn’t say, “Have sex and get pregnant and have kids” because that is the most lowered level of blessing ever. If that was the case, it would have been stated that way.

Wow, wow, wow, do you see that! Do you see these blessings as people having sex and giving birth to million people or SOMETHING MORE THAN THAT! Because it is more than that! There is more to it, Beloved! Please don’t miss this!

They become fruitful and increase in number – blessing, directly from God – from the Holy God.

Married couples without kids (because of barrenness or sickness) will be blessed and increase as God said if they are having sex according to God’s Word and Will.

Didn’t most people do sex and get pregnant and have kids? Oh, that is not the question here, my friend. The question is: Will they be blessed and increase in the Kingdom of God; in the Work of God; in doing the Will of God on earth as it is in heaven; in becoming the people of God and influencing others with the Truth of God; in becoming salt and light to this world; in becoming light to this dark world; in raising kids who trample the devil and his works under their feet not only by rebuking him but mainly by becoming the people God wanted them to be; oh, oh, oh, on and on and on!

But when people do sex outside marriage, the only thing they get out of their sexual consummation is ORGASM! Nothing more and nothing less! And orgasm leaves them with more sexual desire and intense sexual urge.

Because they only get orgasm, which is a biological result of their sexual organs beings stimulated, they think they have to have sex a lot, with the same person or multiple and different people to see if in case their sexual urge will be quenched.

So, they do sex looking for sexual pleasure. But sexual pleasure eludes them; and leaves them with a powerful biological sensation (orgasm) which only lasts around 17 seconds for men and 20 seconds for women (with little variation among people). They try to make this few second a little longer and they try different sex positions and more techniques and other things with no avail! Sometimes the techniques they use may lengthen those few seconds in to 18 seconds for the men and 20 and 1/2 seconds for the women.

Is that being fruitful and increase??? Are you crazy? There is no increase! Only decrease and curse! Only burning in lust! The pleasure halts at the orgasm level! Increase? Fruitful? Only in their fantasy!

And when you read Genesis one, after God blessed the man and the woman and gave everything under their administration, you read this at the last verse:

Five “it was good” with one “it was very good” immediately after the oneness God put among the woman and man!

“Very good!” You can’t beat that and my nephew, a twelve years old boy, soon to be a gentleman, got it!

God says it is “very good” to the sex that only happens in the marriage, between one man and one woman because it is the only sex that brings the blessing and the increase God has in mind for them. Outside marriage, it is only called LUST, being burned in sexual desires and urges because the blessing and increase God ordered to the sexual consummation is only found when the sex includes God. And the sex that invites and includes God, the God of all Sources of blessings and increase, is the one which happens in the marriage union of one man and one woman!

Yeah, that is the message for today. ///