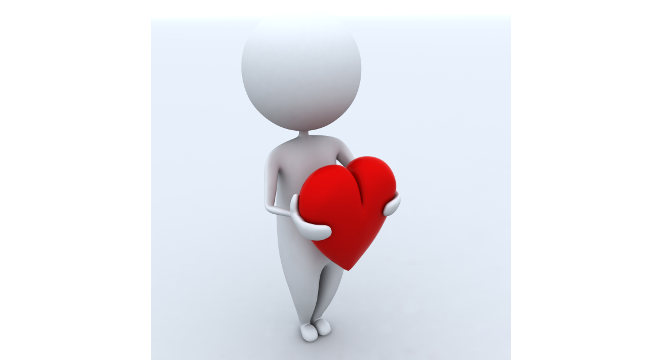 Do you want to express true love to the man you’re thinking to marry?

Well, here is one major way to express your love to him:

A. Love him as you protect him from lusting after you by using a code of conduct called decency and modesty. How? Five ways:

1. When you guys go out for a cup of coffee or tea, make sure you dress appropriately (covering much of your body). If this man is the man you want to marry, then you don’t want him to trip in a sexual sin, do you? I think you don’t because if he is involved in premarital sexual sin, being a head of your future household, he will mess up the foundation of your marriage. Then after you get married, you wonder why you can’t find happiness in your marriage.

Yes, sexual sin disrupts your future marriage. So, love your man as you protect him from desiring and demanding sex by covering your body from him.

After marriage, he is yours and your body will be his. But now, you guys are “singles”.

A status called “In relationship” is a status recognized only on Facebook and other social media; not in the Bible. As long as you guys are not married, you are singles.

You guys may put a down payment for that house you want to buy, but that action doesn’t make you guys “married”. You are still singles. That means any premarital sex will be sexual sin that stains your future marriage. And that stain won’t come off easily since it is a spiritual stain. It just splits you guys into two when you guys are supposed to be one after marriage. When you try to run away from “singleness”, it finds you in the marriage, changing its name into “loneliness”.

2. If he drops you to your place after dark, love your man by saying “bye” and go to your apartment directly. Sitting there in the car, in the dark, alone, will kill him. You may be talking about how your neighbor’s cat got killed by that teenage driver but your man is thinking only about having sex with you.

Sorry, forgive him. He didn’t choose to be like that. It is God who created him like that for a good purpose. So, you, his beautiful girl, soon to be his “beloved wife” love him as you don’t let him lust after you. Go to your apartment without staying there in the car with him in the dark. I know you may want to stay with him too but don’t you love him? You do! Good! Then show him your love as you avoid those risky spots which force you guys to lose your logical thinking and reasoning ability.

3. If he tends to give you a call at mid-night, tell him, lovingly, that you will turn off your phone after 10pm. Do you know why? Well, usually most men fall into sexual sin after mid-night. Hmm, what a coincidence! Most men love to stay up. Don’t they?

Well, it is not your business about other men but regarding your man, love him by saying to him, “My Handsome, I can only return your call before 10pm.”

4. Do you really need to visit his apartment? Nah! It is boring! He only has a flat screen TV and a laptop and maybe a toaster and oh, he may have a table and a basket full of dirty laundry. That is all. Nothing is exciting there for you unless of course you want to trip and fall on his bed accidentally. Hmm! Accidentally! Did it really happen ACCIDENTALLY?

So love him by not asking him (or refusing his invitation) to visit his apartment. Well if your friends or his friends are going to be there for example to watch “the Super Bowl” (which is gone for this year), that is cool; unless of course they decide to leave you two alone. So love your man as you protect him from being alone with you, especially in his apartment.

5. Love him by not letting him touch you inappropriately. Well, after marriage, believe me; every loving touch you can get from him will be appropriate, ALWAYS. But before marriage, touching or kissing may look innocent from the outside but those are the “baby-steps” towards destruction.

So love your man as you protect him from going into “the mud of lust” by not welcoming his advances to kiss and touch you.

Amazingly enough, in all premarital sexual relationships (which include all kissing, cuddling, touching and sex), the number one loser (“an all-time and double time loser”) is the GIRL! She is the one with “a sealed well” and untouched “fresh body” which is beautifully given over to her man on that fateful day, before man and God. So, love your man as you preserve all your treasures until honeymoon. If they are already gone, receive your “Secondary Virginity” from a repentant lifestyle and love him by not letting him touch you before marriage. ///

P.S. Many beautiful girls gave in to premarital sex because they thought that their men would love them forever. But studies after studies have shown that most men after they have sex with a woman, they lose interest in her (and it is biblical too – read 2 Samuel 13). Most men love to pursue a girl who refuses to give in for premarital sex. (Oops, February! I forgot for a second.)